Harsh out of necessity

Source: International School of Advanced Studies (SISSA)
Summary:
Multiple sclerosis patients must not only address their unpleasant symptoms, they are also subject to unpredictable relapses, a condition that causes stress, say researchers. This condition has consequences for the ‘moral cognition’ of patients, who become particularly intransigent in moral judgments. This ‘moral inflexibility’ results from cognitive styles adopted to overcome the inconveniences of the disease.

Multiple Sclerosis affects nearly 2 and a half million people worldwide. It is a highly debilitating autoimmune disease: the condition severely reduces patients’ quality of life through symptoms which disrupt motor, cognitive, and sensory systems. The disease, which in its most typical form is characterized by irregular remissions and acute attacks can create a state of increased anxiety in patients, and, according to scientists, can have negative cognitive/emotional effects as well, even influencing moral cognition in patients, as was observed in the recent study.

Indrajeet Patil, a researcher at the International School for Advanced Studies (SISSA) of Trieste, and first author of the study, and his colleagues, subjected a group of patients to third-person “moral dilemmas.” The moral dilemma is a common test for measuring moral cognition, but it is usually used in the first person. In this case, subjects had to judge others’ actions, as if they were jury members in a trial. For this specific study, manslaughter (accidental killings, i.e.) and attempted murder were considered. Subjects evaluated the appropriateness of and punishment for a variety of third-party moral behaviors that varied on two key dimensions: intent to harm and harmful consequence. That is, the agents in these scenarios either acted with an intent to harm or not and consequently either produced or did not produce a harmful outcome.

“These conditions are important because we know that two main criteria come into play in judgments of this kind,” says Patil. “We take into account both the intention, and the seriousness of the consequences. We tend to be more forgiving in cases of manslaughter, where intentions are innocent but consequences are serious, and to punish an attempted murder, whose intention is bad but the consequences are not serious. ”

It is well known that certain pathological conditions alter this kind of judgment: if there are alterations in the Theory of mind (the ability to attribute mental states to others), as happens in autism, for example, it is difficult to evaluate intentions, so manslaughter is judged severely, because of the serious consequences. Psychopaths tend instead to forgive culpable homicide more easily, not so much because they do not have a correct assessment of intentions, but rather because of reduced empathy towards the victims.

In MS patients, Patil and colleagues were expecting a greater tendency for forgiveness, because of difficulty with Theory of mind that has been described in some of these patients, as well as a decrease in empathic response. “The results, however, were surprising: subjects’ answers were more severe than average in all conditions. They also proved overly confident about the validity of their own judgment, much more so than in healthy subjects, declaring they were sure that anyone would respond as they did.”

Further tests have allowed the authors to develop a hypothesis for this unexpected attitude. “We believe that these severe responses are connected to a type of emotional/general cognitive strategy used by MS patients, possibly emerging as a mechanism to cope with their medical condition and the many challenges that are associated with it,” says Ezequiel Gleichgerrcht, a neurologist and researcher at the Medical University of South Carolina. “The constant stress they face can elicit persistently negative emotions. In the long run, this state can induce cognitive strategies that help them minimize the damage. Neuroscientists have coined the term ‘externally oriented thinking’ to refer to this phenomenon which is characterized by the tendency to orient thoughts on the external events rather than introspecting on our inner experiences and feelings.”

“It is a common strategy, resulting in an inability to properly reflect and identify emotions,” says Patil. “In situations of moral judgment like those in the study, there is an inability to identify the real cause of their negative emotional state, attributing it to external causes, and not to the medical condition.”

Put simply, during the experiments, the MS patients tended to attribute their negative emotions to what they read in the dilemma. Whether the consequences were the result of an accident as in the manslaughter situation, or bad intentions as in the attempted murder, mattered little. “The patient believed that these situations led to the negative affect they felt and therefore judged the third-party actors more severely. This explains why we observed more harsh judgments even in neutral conditions where there was neither bad intent nor outcome,” says Patil.

“Knowing that MS patients tend to adopt this cognitive strategy, along with their nearly constant state of emotional stress, is important,” he concludes. “On one hand, it helps healthcare providers working with them to objectively read their behavior, and improve interpersonal relationships, which are vital in this type of care. On the other hand, knowing this ‘dark’ side can also help us develop cognitive/behavioral treatment for helping patients improve their emotional response.”

The above post is reprinted from materials provided by International School of Advanced Studies (SISSA). Note: Materials may be edited for content and length. 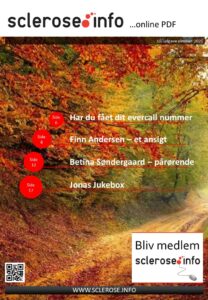 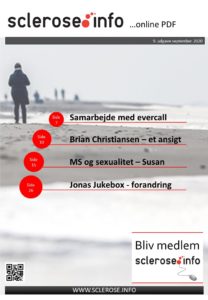 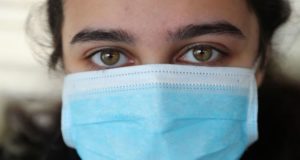 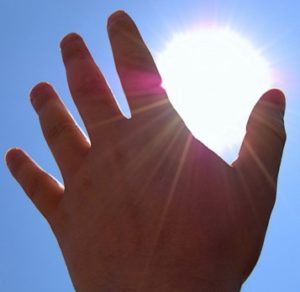 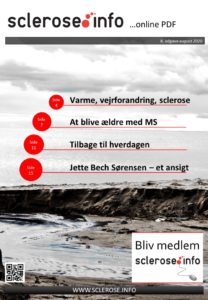