Genzyme Corporation (Nasdaq: GENZ) and Bayer HealthCare Pharmaceuticals Inc. today announced study results showing that patients with early relapsing-remitting multiple sclerosis (RRMS) taking once-yearly cycles of alemtuzumab reduced their risk of relapse by 74 percent and the risk of sustained accumulation of disability by 71 percent compared to patients treated with the active comparator Rebif® (high-dose interferon beta-1a). Importantly, the mean disability of patients on alemtuzumab improved from baseline, whereas the mean disability of those on Rebif was worsened. The treatment benefits of alemtuzumab were sustained for at least three years, even though the majority of alemtuzumab-treated patients were last dosed two years earlier. These results come from the final three-year analysis of a Phase 2 clinical study (CAMMS223) reported in the Oct. 23 issue of the New England Journal of Medicine. The study involved 334 patients who had not previously been treated for their disease.

The alemtuzumab trial data continue to suggest a potentially new and exciting treatment for patients with early, active multiple sclerosis, says Alastair Compston, Professor of Neurology and the head of the Department of Clinical Neurosciences at the University of Cambridge, United Kingdom, and the study's principal investigator. This randomized study confirms findings from previous studies demonstrating that treatment with alemtuzumab can have a profound and lasting impact on patients with relapsing-remitting multiple sclerosis, including restoring some lost function in many patients.

Symptoms of multiple sclerosis result from an immune system attack on the protective insulation surrounding nerve fibers of the central nervous system. We believe alemtuzumab shuts down this immune system attack, treating the disease at its root cause, says Alasdair Coles, senior lecturer, Department of Clinical Neurosciences, University of Cambridge and a lead investigator in the study.

The trial was larger and follow-up was longer than the typical Phase 2 trial in multiple sclerosis. It is important to note that we compared the investigative drug directly against a widely used therapy rather than against placebo. The trial did not show an increased risk of life-threatening or opportunistic infections, but a proportion of alemtuzumab patients experienced new autoimmune disease. We have been able to create a robust patient monitoring program that allows us to proceed to our two international Phase 3 trials with greater assurance of safety associated with patient management, Dr. Richard Moscicki, chief medical officer for Genzyme.

According to the National Multiple Sclerosis Society, approximately 400,000 Americans acknowledge having MS, and about 200 people are diagnosed every week. Worldwide, multiple sclerosis may affect 2.5 million individuals. The disease causes a wide range of symptoms including difficulty with walking, numbness, fatigue and impairment of vision, and progresses to permanent, severe disability in the majority of patients. Relapsing-remitting MS is the most common presenting form of the disease.

We are pleased to see potential new treatment options move positively through the MS pipeline, says Dr. John Richert, executive vice president for research and clinical programs at the National Multiple Sclerosis Society, and as alemtuzumab has moved into Phase 3 studies, we hope that individuals with MS will consult with their physicians to assess whether they are appropriate patients and if so consider the pros and cons of participating in these important clinical trials.

New and previously unreported top-line data from secondary analyzes of the CAMMS223 Phase 2 clinical trial, presented last month at the World Congress on Treatment and Research in Multiple Sclerosis (WCTRIMS), revealed that the proportion of clinically disease-free patients was significantly higher in the alemtuzumab group than in the Rebif group at year one (86 percent vs. 63 percent), year two (81 percent vs. 48 percent), and year three (71 percent vs. 39 percent, p-values ​​<0.0001). Clinically disease-free, was defined as the absence of both relapses and sustained accumulation of disability during the time period assessed.

The WCTRIMS top-line data also showed that the proportion of patients free of sustained accumulation of disability over a six-month period was also significantly greater in the alemtuzumab group than in the Rebif group at year one (97.2 percent vs. 87.0 percent). , year two (94.3 percent vs. 82.4 percent), and year three (91.0 percent vs. 73.8 percent, p-values ​​<0.005).

Genzyme with Bayer support has launched an extension of the CAMMS223 trial to examine safety and efficacy outcomes beyond three years, and to compare two distinct retreatment strategies. The results should provide an understanding of the long-term effects of prior alemtuzumab treatment as well as the safety and sustained efficacy of additional alemtuzumab retreatment delivered in fixed annual cycles or as needed for resumed MS disease activity. In the fixed arm, patients will receive two annual cycles of alemtuzumab (12 mg / day for three consecutive days / cycle). In the as-needed arm, retreatment is deferred until a patient relapses or develops two or more new / active brain lesions on MRI.

Genzyme with Bayer support is sponsoring two Phase 3 trials in which patients are now enrolling. The CARE-MS Phase I study (Comparison of Alemtuzumab and Rebif Efficacy in Multiple Sclerosis) is a randomized, rater-blinded study that will again compare alemtuzumab to Rebif in patients with relapsing-remitting MS who have not previously been treated for their disease. The CARE-MS II trial is studying patients who have continued to relapse while using approved MS therapies.

Physicians or patients in the United States seeking additional information about the CARE-MS Phase 3 trials should go to www.care-ms.com or call Genzyme Medical Information at 800-745-4447.

In the Phase 2 trial, 334 patients with active relapsing-remitting multiple sclerosis were enrolled at 49 medical centers in Europe and the United States. Patients in the trial were randomized to treatment with alemtuzumab at one or two dose levels (12 or 24 mg per day intravenously) for five days during the first cycle and three days 12 months later during the second cycle of therapy, or Rebif (44 mcg administered by subcutaneous injection three times a week, as indicated in its product label). A third cycle of alemtuzumab therapy was received by 46 patients at month 24.

The trial compared the efficacy of alemtuzumab with Rebif using two primary outcome measures: the Relapse Rate and the time to Sustained Accumulation of Disability as evidenced by an increase in the Expanded Disability Status Scale (EDSS) score for six consecutive months. Efficacy assessments were made by independent neurologists blinded to patients' treatment assignments. The EDSS is a 10-point scale in which every 0.5-point step marks a notable deterioration in neurological capabilities.

A total of six alemtuzumab-treated patients, and one Rebif-treated patient, in this study developed a serious adverse event, immune thrombocytopenic purpura (ITP). ITP is a disorder characterized by a low platelet count and corresponding increased risk of uncontrolled bleeding. The Rebif patient with ITP was asymptomatic but ITP persisted at the time of study completion. In the previously reported alemtuzumab-related fatal case, symptoms of ITP were experienced but were not recognized in time, thus delaying medical attention. Of the remaining alemtuzumab cases, four patients were diagnosed promptly, responded well to medical treatment, and were stable without the need for ongoing treatment. The other alemtuzumab-treated case experienced spontaneous remission of ITP. A patient monitoring program was instituted in the trial, and there have been no new cases of ITP reported in CAMMS223 in approximately two years.

Alemtuzumab is an investigational drug for the treatment of MS and should not be used in MS patients outside of a formal, regulated clinical trial setting in which appropriate patient monitoring measures are in place.

Alemtuzumab is licensed in the United States as a single agent for the treatment of B-cell chronic lymphocytic leukemia (B-CLL), and outside of the US for the treatment of B-CLL in patients who have been treated with alkylating agents and for whom fludarabine combination therapy is not appropriate. The product was launched in its oncology indication in 2001 in the US, where it is marketed by Bayer HealthCare Pharmaceuticals Inc. as Campath®, and in Europe, where it is named MabCampath.

Alemtuzumab is a humanized monoclonal antibody that binds to a specific target, CD52, on cell surfaces and directs the body's immune system to destroy those cells. It is the first and only monoclonal antibody approved by the FDA for the treatment of patients with B-CLL. 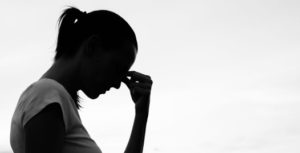 What can happen when the father plays in one's cognitive conditions or symptoms? It is a natural reaction when the heat comes 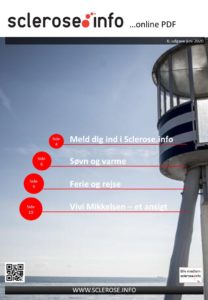 Sclerose.info's June issue 2020 has landed Summer is here! In this edition you can read about summer, planning, solar heat and cognition, poem by 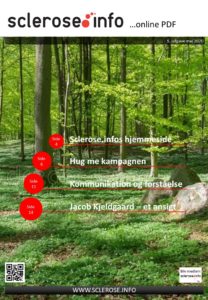