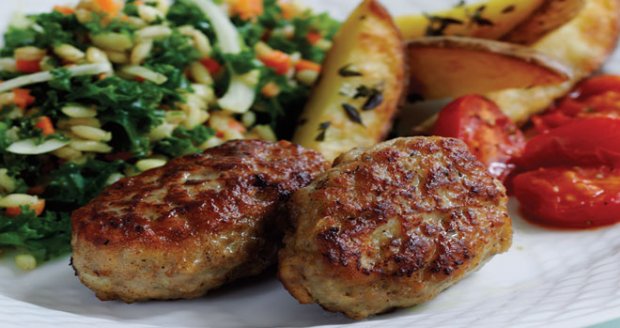 There are several ways to relate to your diet and diet after many have had sclerosis.
One thing is for sure - it does matter!
That was also the case before you got multiple sclerosis - but now it just means a little more.
If you eat incorrectly and unhealthily, it has a far greater impact on your health - both directly with multiple sclerosis, but at the same time also for your general well-being (and it affects everyone…)

Neurologist Roy Laver Swank at Oregon Health Sciences University in Portland has been successfully treating patients with disseminated sclerosis for years with a low-saturated fat diet (1). He followed 144 DS patients through the age of 34, and it was clear that those who lowered saturated fat to less than 20 grams a day experienced far less aggravation in their disease and had a lower mortality rate than those who ate more saturated fat. Cool.

The most beneficial results appeared in them, it began the low-fat diet, while still only slightly disabled. In these patients, 95% lived for up to 30 years without losing their condition. For all those who did not go on the diet, it went downhill and most died within 20 years.

Here are the key points of Roy Swank's diet:

· No red meat the first year, including dark chicken and turkey meat. Then at most 100 grams of red meat a week and it should be as lean as possible.

· No processed foods with saturated fat.

· A maximum of 15 grams or three teaspoons of saturated fat per day day. 2 1/2 deciliters of whole milk contains 5 grams of saturated fat, a tablespoon of butter (7 grams) and 30 grams of cream cheese or cheddar cheese (6 grams).

· One teaspoon of cod delivery daily and fish a couple of times a week or approx. 30 grams of seafood a day.

Here you can see the plus / minus list of products

Studies have shown that the following foods have a beneficial or negative effect for sclerosis patients, respectively:

Suggestions to replace some of the minus list foods:

If there is a suspicion that there is a negative association between your illness and a particular food, you should of course consider completely omitting that food.